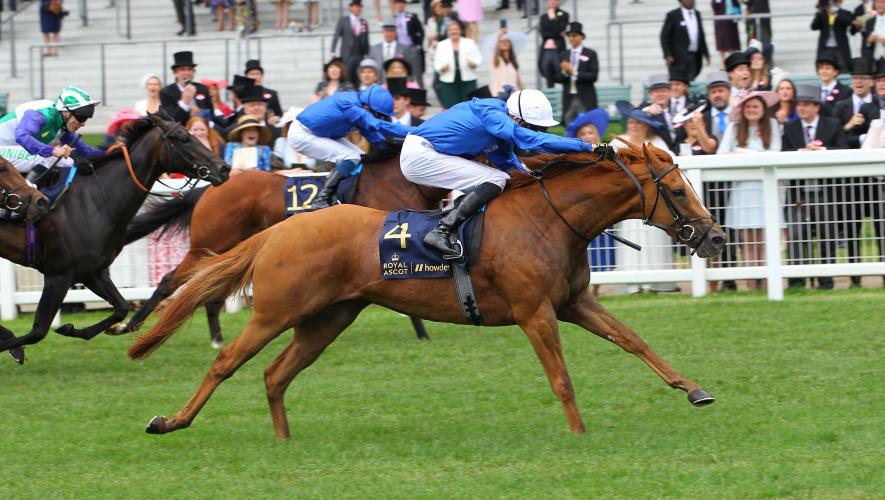 Kemari took the step up to G2 company in his stride with an impressive victory on only his third career start in the Queen’s Vase – a race won in previous years by Godolphin standard-bearers Mamool and Hartnell. Top staying races now beckon for the son of Dubawi, including a potential trip to Australia for the Melbourne Cup.

Creative Force also continued his upward curve as he registered a first G3 success in the Jersey Stakes with a battling win over Naval Crown. A rematch between the two looks on the cards later in the season, with the G1 Prix Maurice de Gheest at Deauville in August under consideration for both three-year-olds.

Godolphin captured the Royal Hunt Cup for a second successive year thanks to a sensational display from Real World, who routed the opposition in what is usually one of the most competitive handicaps in the calendar.

Hugh Anderson, Godolphin Managing Director (UK and Dubai) said: “Many congratulations to everyone at Godolphin. This week was a very strong team effort from Moulton Paddocks and Godolphin Stables.

“Being Leading Owner at the most prestigious race meeting in the world, Royal Ascot, is a great honour and testament to the loyalty and devotion of our Principal, His Highness Sheikh Mohammed. We all look forward to the rest of this exciting season here in Europe and beyond.”

Upcoming highlights this week include the G1 Irish Derby at the Curragh on Saturday, which is due to feature Hurricane Lane, who ran an excellent race in third behind Adayar in the Derby at Epsom.

On the same day, Canterbury Stakes heroine Savatiano looks set to lead Godolphin hopes in the final G1 of the season in Australia, the Tattersall’s Tiara, at Eagle Farm.

In North America, Maxfield bids for back-to-back Graded Stakes victories at Churchill Downs when he tackles the G2 Stephen Foster Handicap – a race which guarantees a spot in the G1 Breeders’ Cup Classic for the winner.