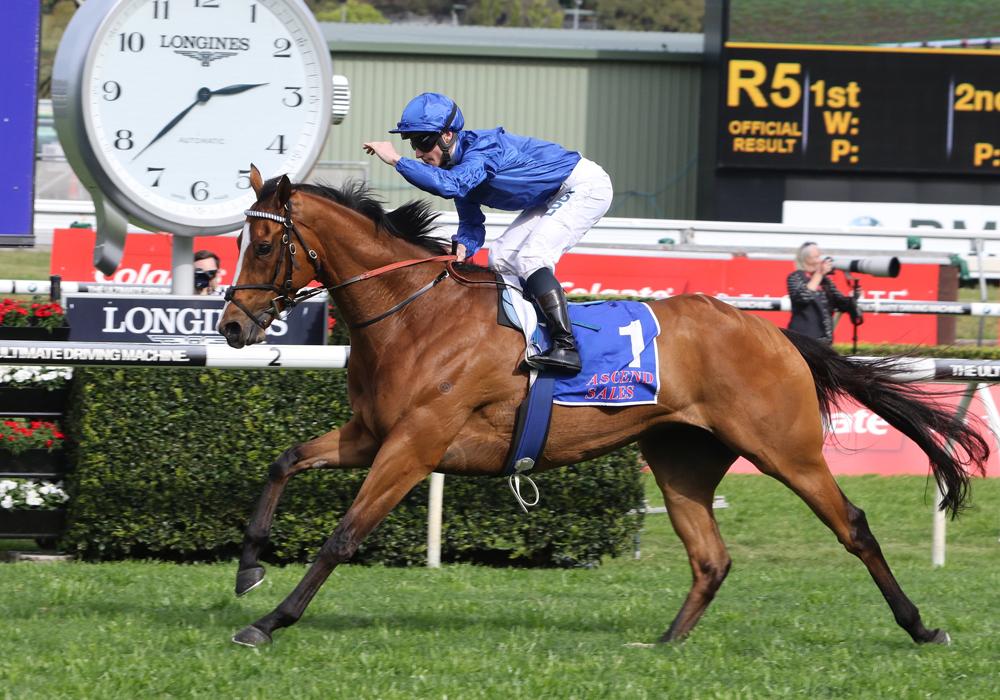 Hartnell is one of Godolphin’s true globetrotters, and has been a superb flagbearer for both the stable and his sire, Derby winner Authorized, for the past five years.

Foaled at Rutland Stud, on the outskirts of Newmarket, Hartnell began his racing career with Mark Johnston, who had also trained his dam, Debonnaire.

Having broken his maiden by four lengths in the September of his juvenile year, Hartnell recorded two further wide-margin wins at two, including a 10-length demolition of the field in the Zetland Stakes on Newmarket’s Rowley Mile course. He rounded off his campaign with a creditable third in the G1 Criterium de Saint-Cloud.

Hartnell reappeared at three in the Derby Trial at Epsom, but the undulating track wasn’t to his liking and he finished fifth. Less than a month later, and another Derby Trial (this time at Lingfield), he gave a far better account of himself, finishing second. This was enough for his trainer to book his place at Royal Ascot where he would line up in the Queen’s Vase. Relishing the extra distance, Hartnell won far more easily than the neck margin would suggest and added a well-deserved first Stakes win to his record.

Shipped to Australia that November, Hartnell returned to racing at G1 level in February 2015 and made a superb start to his southern hemisphere career when finishing second to his stablemate and paternal half-brother Contributer in the one-mile Chipping Norton Stakes.

Winner of the G3 Sky High Stakes next time out, Hartnell then added his first G1 victory in The BMW at Rosehill, demonstrating his versatility as the race is run over a mile and a half. This contest had been won previously by some of horseracing’s all-time greats, including Octagonal and Makybe Diva.

Hartnell won two G2 contests the following September, before cruising to the easiest of wins in the G1 Turnbull Stakes – another race where the past winners read like a ‘who’s who’ of racing greats.

Finding only the incomparable Winx too good in the Cox Plate next time out, Hartnell then finished a remarkable third in the ‘race that stops a nation’, the G1 Melbourne Cup.

August 2017 saw him add an outstanding seventh Group win to his record, this time in the G2 P B Lawrence Stakes, and he would go on to place twice more at G1 level during that campaign.

In February 2018, Hartnell recorded perhaps his most remarkable G1 win, flying home to land the seven-furlong C F Orr Stakes, no mean feat for a horse who won his first Stakes race over two miles at Ascot.