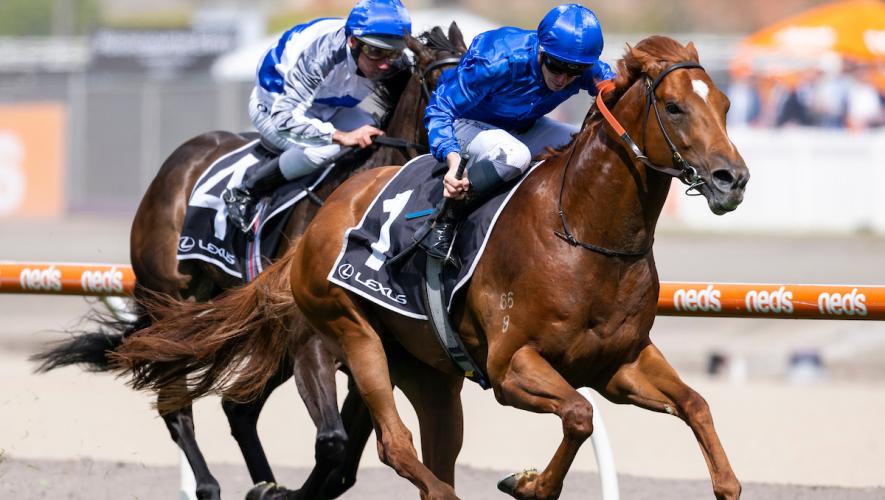 Four-year-olds Paulele and Proxy recorded their first top-level victories in Australia and the United States on Saturday, helping Godolphin reach 30 G1 wins for the year.

Top sprinter Paulele stormed from last to first in the Winterbottom Stakes at Ascot, becoming the first Godolphin runner to capture a G1 race in Western Australia in the process.

The Dawn Approach colt had gone close to a maiden elite-level success in Brisbane earlier in the year, narrowly missing out in the Doomben 10,000 and the Kingsford-Smith Cup, and a return to the Queensland capital in 2023 looks likely.

Proxy provided Godolphin with back-to-back wins in the G1 Clark Stakes at Churchill Downs, following on from Maxfield last year, with a battling victory over West Will Power.

Having scored at his first attempt at G1 level, the Tapit homebred looks set for a big 2023, with the Pegasus World Cup and Dubai World Cup Sponsored By Emirates Airline two significant early-season options.

Cascadian will be hoping to add to the G1 tally in Western Australia this weekend when he lines up in the Northerly Stakes, while Botanik is set to travel to Hong Kong on Thursday ahead of his engagement in next month’s G1 Hong Kong Vase.