News › Another year, another continent, another Champion juvenile?

Another year, another continent, another Champion juvenile? 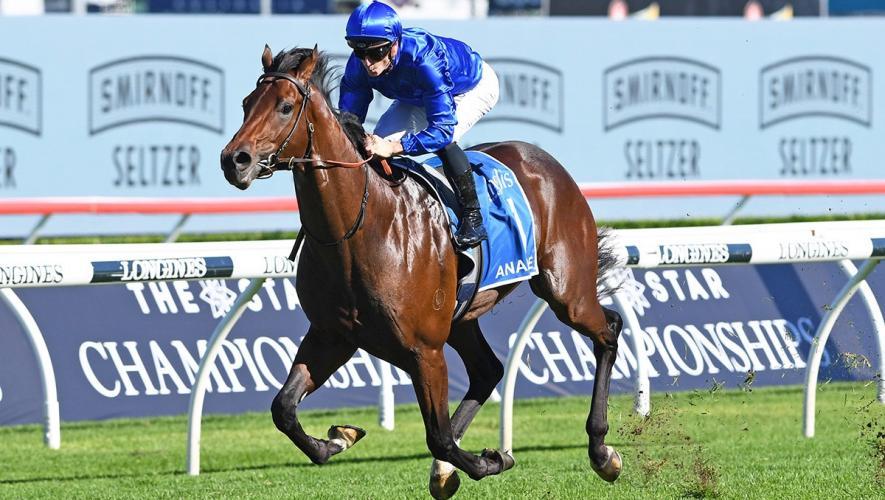 Anamoe confirmed his status as one of the best two-year-olds in Australia with a stunning victory in the Sires’ Produce Stakes – one of two G1 winners for Godolphin on a momentous day at Randwick, Australia, on Saturday, 10 April.

The Street Boss colt unleashed a devastating turn of foot to post a breakthrough success at the highest level, adding to his victory at the same course in last month’s G2 Todman Stakes.

Anamoe, who was second from a compromising draw in the G1 Golden Slipper, may now take his chance in the final leg of Sydney’s juvenile triple crown, the G1 Champagne Stakes, on Saturday, 24 April.

Saturday’s superb display has already put Anamoe firmly in the frame for top two-year-old honours in Australia. He could continue a remarkable global run for Godolphin homebred juveniles, with Pinatubo being crowned European Champion in 2019 and Essential Quality receiving the Champion award for North America in 2020.

Dawn Approach colt Paulele added his name to an exceptional group of Godolphin’s juveniles as well with victory in the G3 Kindergarten Stakes on the same Randwick card, while Cloudy, a daughter of Frosted, won the Listed Dequetteville Stakes at Morphettville.

Day one of The Championships at Randwick also saw Jamie Kah become the first woman to ride a G1 winner for Godolphin as she partnered Cascadian to get up in the final strides for a thrilling victory in the Doncaster Mile.

The Championships continues this Saturday with another four G1 prizes up for grabs, with G1 Chipping Norton Stakes runner-up Colette set to feature among another strong Godolphin contingent.

Europe’s turf season is starting to hit its stride and exciting filly Philomene has already earmarked herself as a leading contender for the French Classics with an effortless win in the G3 Prix Penelope at Saint-Cloud on Tuesday, 6 April.

Newmarket and Newbury host important trials in the UK this week, with Divine Light, Master Of The Seas and La Barrosa among those hoping to set themselves up for significant seasons.