Hallie Belle ran well to finish third in the G3 Modesty Handicap for fillies and mares over nine and a half furlongs on turf at Arlington Park, USA, on Saturday, 7 July.

The four-year-old Medaglia d'Oro filly, trained by Michael Stidham and partnered by Joe Bravo, raced in sixth towards the inside.

She went back to eighth of the 12 runners on the final turn, but remained on the inner, ran on to go third in the straight and went down by three and three quarter lengths to the winner Daddys Lil Darling whose time was 1m 53.80s on firm turf. Hallie Belle in turn finished three and a quarter lengths ahead of the fourth Con Te Partiro.

Michael Stidham explained: “We knew the track was playing to speed today and had planned to be within a length and a half of the leader.

“Hallie Belle was in a decent spot in but nearly half a mile out a filly in front of her broke down and Joe had to steady up slightly and they were shuffled back at a crucial part of the race.

“Her stride was huge half-way down the stretch and she was the only one finishing well.

“I was very pleased with her performance, considering that she did not have the best of runs.

“She is a progressive filly and the first three get a free berth in the Beverly D (G1 over the same course and distance on August 11).

“We will see how a tough a race it is going to be, but we could try and get a G1 placing.” 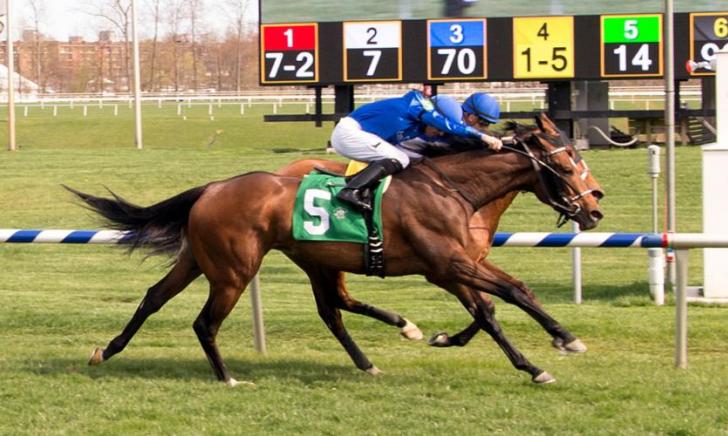 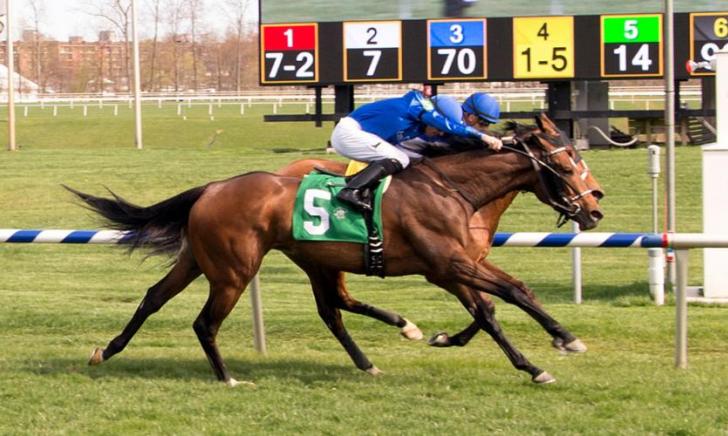