News › Mickael Barzalona On Being Part Of Team Godolphin

Mickael Barzalona On Being Part Of Team Godolphin

J A McGrath
I consider myself very fortunate to be part of Godolphin, as one of their retained jockeys in Europe, based in France most of the year, then switching to Dubai in the winter.

I consider myself very fortunate to be part of Godolphin, as one of their retained jockeys in Europe, based in France most of the year, then switching to Dubai in the winter.

For a sportsman it is a great life. I am very happy, and I just want to continue doing what I am doing, for as long as possible.

My life changed five years ago when I rode Pour Moi to win the G1 Derby at Epsom, UK, which is arguably the most important race in the world.

Looking back on that day at Epsom, it was something very special, but as a 19-year-old, still very inexperienced, I think I was really a little too young to appreciate the significance of it all.

Those, who have seen that Derby, will probably remember it - for a couple of reasons. First, Pour Moi came from stone last at Tattenham Corner with a brilliant burst of speed in the final furlong to get up in the last strides to win by a head.

Secondly, you no doubt will recall that I stood up in the irons before the finishing line and waved my whip to those in the grandstand in celebration.

What I did in those few seconds before crossing the line sparked a mixed reaction in racing. Those of my age thought it was great, but the older brigade were very critical. They believe I placed myself - and the likelihood of winning - in danger. 'What if the horse had shied at something, jinked near the post?' they asked.

To be honest, it was spontaneous, just an honest reaction to how I felt at the time. I was a teenager. I was not thinking about what could go wrong. You don't at that age.

I rode Pour Moi for Coolmore and Andre Fabre, but a few months later, in early 2012, I was signed by His Highness Sheikh Mohammed to ride under contract to Godolphin. I have been part of the team ever since.

That first year was memorable. I won the G1 Dubai World Cup, the world's richest race, aboard Monterosso three weeks after I joined Team Godolphin and won two Group Ones in Britain, as well.

One of those wins was a Classic, aboard Encke in the Doncaster St Leger. I was in a new environment, and frankly, although I was riding good winners, I found it difficult.

I was based in Newmarket, UK, which with its huge horse population is a fantastic place, but I could not yet speak English, and I felt a little isolated. A young Frenchman, who can't speak the local language, is going to find it tough. And I did.

Riding in the UK was a totally different professional experience to France. There is always a good pace in English races, whereas the French tend to be more tactical.

Also, you need to know the tracks in the UK. There are so many, and they can be very different.

Epsom, with its quirks, is a very difficult track to master, but Doncaster, York and Newbury have nice bends and long straights and are quite beautiful to ride.

It was not the first time I had been away from home for my work. I come from Avignon in the south of France, and I had to travel to live in Chantilly as an apprentice. But going to live in England was different again.

I am very happy riding for Godolphin. I have won a Derby, a Dubai World Cup, an English St Leger. I rode in the UK for two seasons. I am still only 24.

My ambition? To win an Arc and Breeders' Cup Classic for His Highness Sheikh Mohammed and Godolphin.

Mickael Barzalona is one of three high-profile jockeys retained by Godolphin in Europe. Based in France most of the year, he rides mainly for Chantilly-based Andre Fabre. 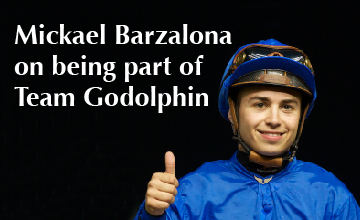 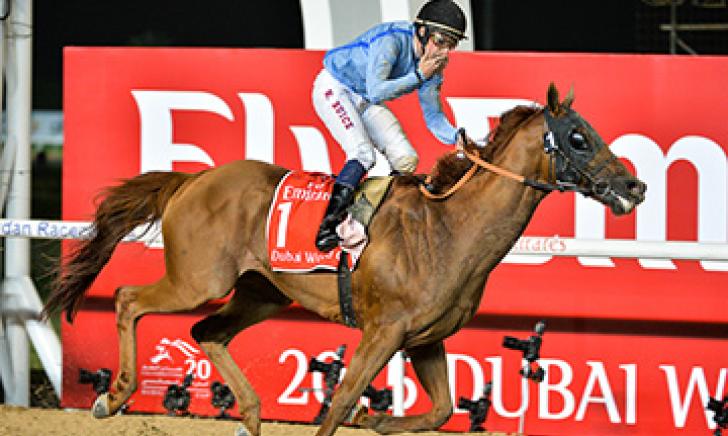 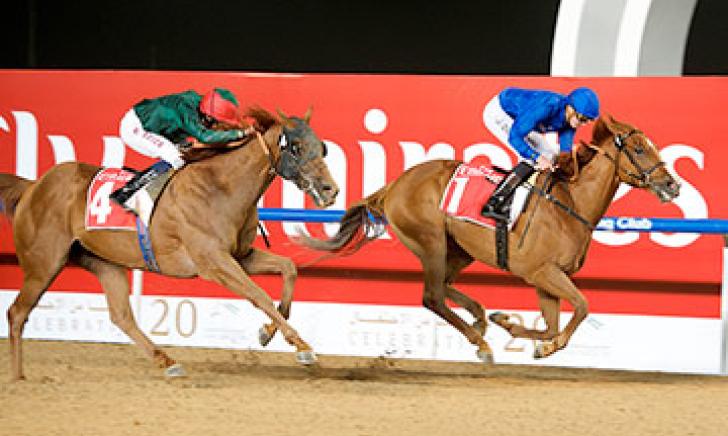