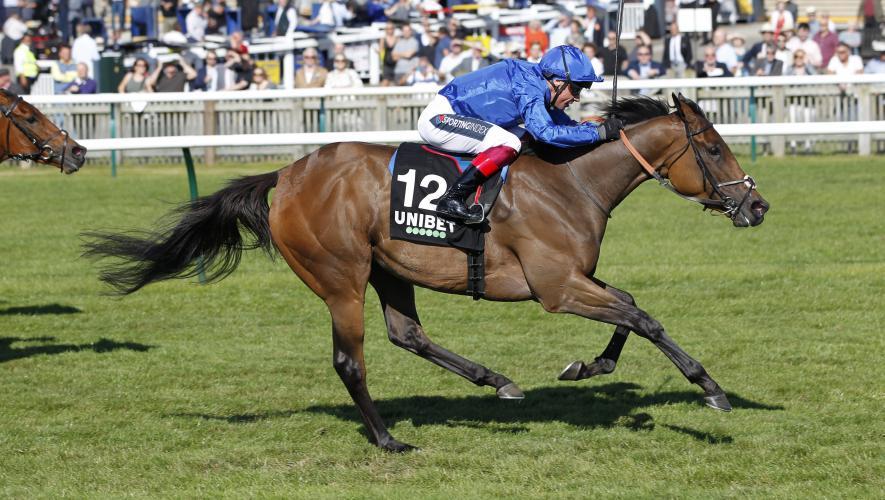 Multiple Listed winner Soft Whisper picked up where she left off in 2022 with a determined victory over White Moonlight in the inaugural Ipi Tombe Stakes at Meydan, UAE, on Friday, 13 January.

Both Saeed bin Suroor-trained mares were prominent from the outset of the seven-furlong turf contest, with White Moonlight establishing a two-length advantage over Soft Whisper after breaking smartly.

Soft Whisper loomed up to press her stable-companion a furlong and a half out and opened up a slender lead soon after. White Moonlight rallied strongly but could not get back on terms as Soft Whisper held on for a neck verdict under Danny Tudhope.

“The filly has improved physically and looks much better this season than she did out here last year. That can happen sometimes with fillies, so we took her back to England and looked after her, with the target of running in Dubai this season.

“White Moonlight is a nice filly and we like her. She had problems in the past, but she is a big, strong filly who is doing really well. We have faith in her for the future.”

Danny Tudhope added: “Soft Whisper has proved to be a good filly and she turned up today, which was the main thing.

“The race went smoothly. The other horse went out in front and I just took back off her so I could get my filly relaxed. We had the run of the race and she travelled into it well.

“She is a good workhorse in the morning and it is great that she showed that today.”