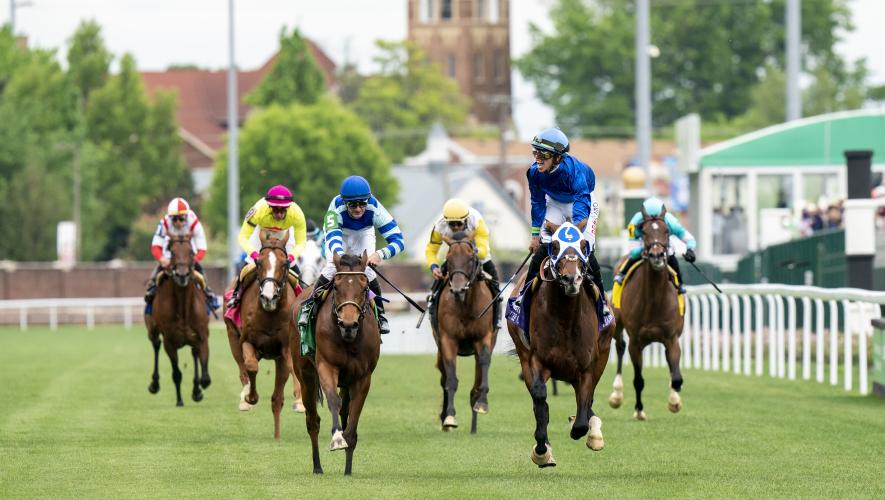 gained a breakthrough first G1 victory with a performance full of tenacity and courage in the Turf Classic at Churchill Downs, USA, on Saturday, 7 May.

The lightly raced four-year-old had gone down by a neck in last season’s Hollywood Derby and made his G1 return on the back of two promising efforts at Fair Grounds, most recently filling the runner-up spot in the G2 Muniz Memorial Classic.

After breaking smartly in the nine-furlong contest, Santin tacked over from stall 10 to race in a clear second on the outside of Tribhuvan.

Santin stayed on strongly to press for the lead along with Mira Mission as Tribhuvan started to fade entering the final quarter-mile.

Mira Mission briefly established a narrow advantage over a furlong from home but Santin responded gamely for Tyler Gaffalione to take up the running just inside the final furlong.

The Brendan Walsh-trained colt kept finding more, passing the post a neck in front of Mira Mission as the front two pulled six lengths clear of Adhamo in third.

Brendan Walsh said: “We have always thought Santin was a special horse and I think we are starting to see the start of something big here. He’s still just a baby - he’s only had six starts now and he’s in here running against ones with 10, 12, 15 starts.

“We were letting him come along at his own pace, but we gave him some help to focus with the blinkers today. The people down at my barn have brought him along. I just happen to be there.”

Tyler Gaffalione added: ““It seems like in Santin’s races before, we were leaving him too much to do and it takes him time to get going. Brendan suggested putting the blinkers on and he worked with them and you see the result today. He’s really a fighter who is coming along nicely.” 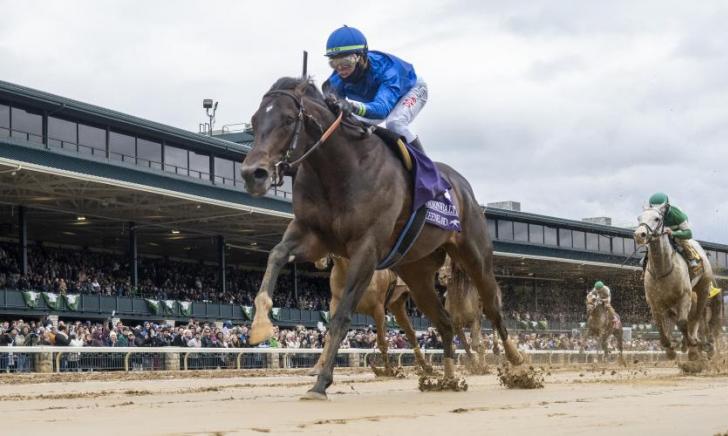 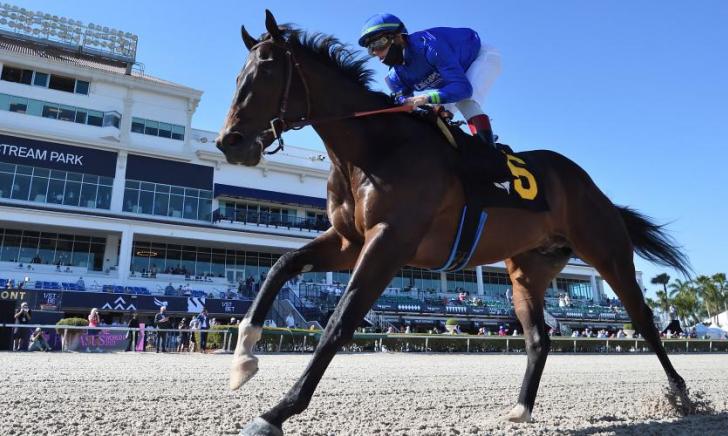 Prevalence makes it two from two at Gulfstream Park