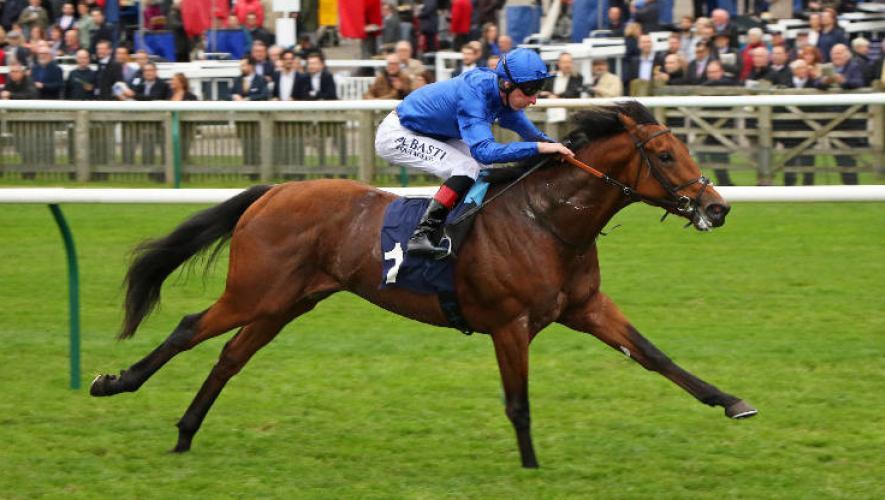 Old Persian (Charlie Appleby/William Buick) goes for a third G1 victory over a mile and a half this year in the Breeders’ Cup Turf, with the Dubawi colt having quickened clear for a decisive win in the Northern Dancer Turf Stakes at Woodbine, Canada, in September.

The four-year-old started his campaign with two impressive performances at Meydan, UAE, including a clear-cut success in the Dubai Sheema Classic on Dubai World Cup Night at the end of March.

Old Persian features among 12 runners for the Breeders’ Cup Turf, with G1 Derby winner Anthony Van Dyke and prolific US G1 victor Bricks And Mortar among his main rivals.

Charlie Appleby said: “Old Persian has shipped over well and looks in great order. We can take several positives into this race, including that he has plenty of experience at this level and is a well-travelled colt.

“He has run well around Meydan and Woodbine, so a tight track over a mile and a half will hold no fears. The one thing that Old Persian will do is stay and, if we can find a weakness in Bricks And Mortar, it will be that he is trying this trip for the first time.”

Three-year-old filly Castle Lady (Henri-Alex Pantall/Mickael Barzalona) steps up to a mile and a quarter in the G1 Breeders’ Cup Filly And Mare Turf following a staying-on second in the nine-furlong G1 Queen Elizabeth II Challenge Cup at Keeneland on Saturday, 12 October.

The daughter of Shamardal recorded three consecutive wins over a mile in France earlier this year, culminating with a game nose verdict in the G1 Poule d'Essai des Pouliches at Longchamp in May.

She lines up in a field of 12 that is dominated by US champion Sistercharlie, who beat Wild Illusion by a neck in the 2018 Breeders’ Cup Filly And Mare Turf at Churchill Downs.

Lisa-Jane Graffard of Godolphin said: “Castle Lady stayed out in Keeneland after her second in the Queen Elizabeth II Challenge Cup and travelled to Santa Anita last week. She has adapted really well to the surroundings and we couldn’t be happier with her.

“There is a slight question mark over the distance but it is an easy mile and a quarter around Santa Anita. We always felt that Talismanic was a 10-furlong horse but he won the Breeders’ Cup Turf over a mile and a half at Del Mar, so horses can stay a bit further on many of the US turf tracks if they get a nice run.

“She is coming off a very good run at Keeneland and appears to be in very good form. Henri-Alex Pantall has been very patient with her and really got her back to her best, so she deserves to take her chance in a championship race like this.”

Lucullan (Kiaran McLaughlin/Luis Saez), who runs in the Breeders’ Cup Mile, has enjoyed an excellent season, winning three of his four starts headed by a length success in the G2 Knickerbocker Stakes over nine furlongs at Belmont Park on Monday, 14 October.

The five-year-old’s only defeat this year came in the G1 Woodbine Mile in September, when he passed the post third but was demoted to fourth after causing interference near the line.

His 13 rivals include Circus Maximus, who has twice won G1 races over a mile in Europe in 2019, G1 First Lady Stakes scorer Uni, plus the first and second from the Woodbine Mile – El Tormenta and Got Stormy.

Kiaran McLaughlin said: “We are coming back a little quick with Lucullan but it’s the Breeders’ Cup and he couldn’t be doing any better. He took the journey to California well and is ready to go.

“We had this race in my mind and we hoped to get him in by winning the Woodbine Mile, but he was an unlucky third that day, and so we went for the Knickerbocker. That victory allowed us to run him here and he fits into this race well.

“He drew a great post in stall two and he will probably be close to the pace, because there doesn’t look to be much early speed.”

He takes on 11 others including Totally Boss and Pure Sensation, who both won G3 sprints on their most recent appearances, plus Stormy Liberal, winner of the race in 2017 and 2018.

Tom Albertrani said: “Final Frontier is training really well. He came out of his last race in very good form and we are looking for a big effort from him. He has yet to run in a Graded race but we certainly think that he is up to being competitive at this level.

"He is an exciting horse, who has definitely shown that he has the talent and speed to handle a major sprint over five furlongs. The main thing we need is a clean trip, which could make the difference between winning and losing.” 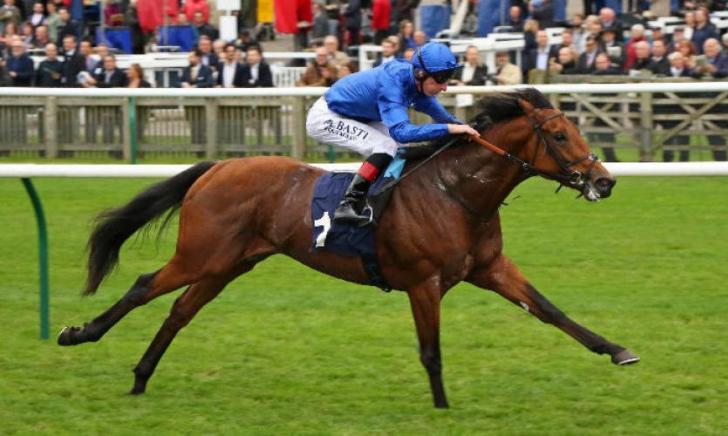 G3 second for Cantilena at Dusseldorf