continued her progressive profile with a closing third in the six-furlong G3 Aoi Stakes at Chukyo, Japan, on Saturday, 28 May.

The Kenichi Fujioka-trained three-year-old, successful in a Nakayama allowance race on her previous start, broke on terms from stall 13 and soon raced in mid-field of the 17 runners.

Breathlessly found herself short of room when Z Rayon took closer order around the field after a furlong and a half, with the Godolphin filly having to be taken slightly further back by Mirco Demuro.

After being switched out to deliver her challenge at the top of the straight, Breathlessly unleashed a powerful turn of foot and moved up to fourth entering the final furlong.

The daughter of American Patriot hit the line strongly and just missed out on second by a nose, going down by two and a half lengths in total.

Harry Sweeney, President of Godolphin in Japan, said: “Breathlessly made headlines almost exactly a year ago when she became American Patriot’s very first runner and winner. And it is pleasing that she has today earned some Graded Black Type. Though she won over seven furlongs on debut, we always felt that six was her game and indeed she won over that distance last time out.

“She was perhaps a bit unfortunate not to finish second today and the wide draw and a little lack of luck in running cost her silver. However, Mirco Demuro was not too hard on her and we expect that there is another big day in her.

“It is fantastic too for American Patriot who has done well with his first crop and has established himself as a much sought after blue-collar stallion. He has already covered more than 160 mares this year and indeed is the most popular horse in our stallion barn. Furthermore, he will be represented tomorrow in the G1 Japanese Derby by Be Astonished, who won a G2 over nine furlongs in the spring but may find the 12-furlong trip of the Derby a bit of a reach.” 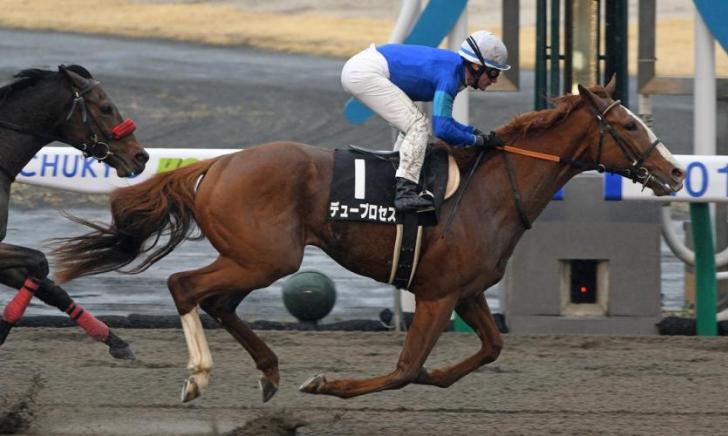 So close for Due Process in G3 Unicorn Stakes