Benbatl back to his best with G2 Joel Stakes repeat 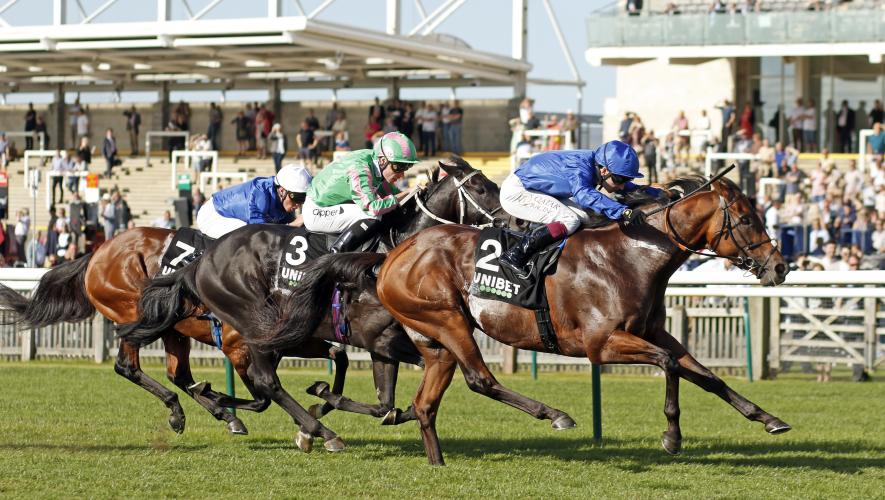 Benbatl produced another sensational display in the G2 Joel Stakes as he recorded a 10th Group race success in the mile highlight at Newmarket, UK, on Friday, 24 September.

The seven-year-old, a three-time G1 winner in 2018, recorded one of the highest-rated performances over a mile in the world when taking the same race in 2019 and returned on the back of a short-head defeat in Goodwood’s G2 Celebration Mile.

After breaking smartly for Oisin Murphy, Benbatl disputed the early running down the centre of the course until Pogo established a definite advantage towards the stands’ rail after the first three furlongs.

He drifted across towards Pogo as the field converged approaching the final quarter-mile, forcing this season’s 2,000 Guineas second Master Of The Seas (William Buick) to switch as he looked to deliver his challenge between the front two.

Benbatl took up the running just inside the final furlong and the Dubawi entire galloped out resolutely for a three-quarter length success over Pogo, with another half a length back to Master Of The Seas in third.

Saeed bin Suroor said: “Benbatl is a great horse and it’s brilliant to see him come back again and win this race twice. He is tough and always tries his best. He came back from his last race well and everything was right for him today.

“He is the best horse in my stable and is always doing very well for us. He broke slowly at Goodwood last time but jumped well from the stalls today and travelled really well through the race.

“We will talk with His Highness Sheikh Mohammed but the options are to run him on Champions Day in the G1 Queen Elizabeth II Stakes or the G1 Champion Stakes, or possibly take him abroad to the Breeders’ Cup. It depends on the ground at Ascot as he doesn’t like it soft.”

Oisin Murphy added: “Benbatl is the most beautiful horse with an incredible temperament and I love him to bits. He is everything that a good racehorse should be and he has been around for years. I can’t say how lucky I am to ride these sort of horses.

“I thought that he would take a bit of stopping if he broke cleanly and was allowed to do his own thing, even at his age. He has been a marvellous servant and at the top level since 2017. It’s very rare in Flat racing that we get the opportunity to watch a horse develop year on year.

“The first furlong wasn’t overly quick but then Benbatl had Pogo in the corner of his eye and he was rather generous through the race, without being keen. He travelled wonderfully and this track suits him well. You get him organised and he can finish up the hill. He’s a star.”