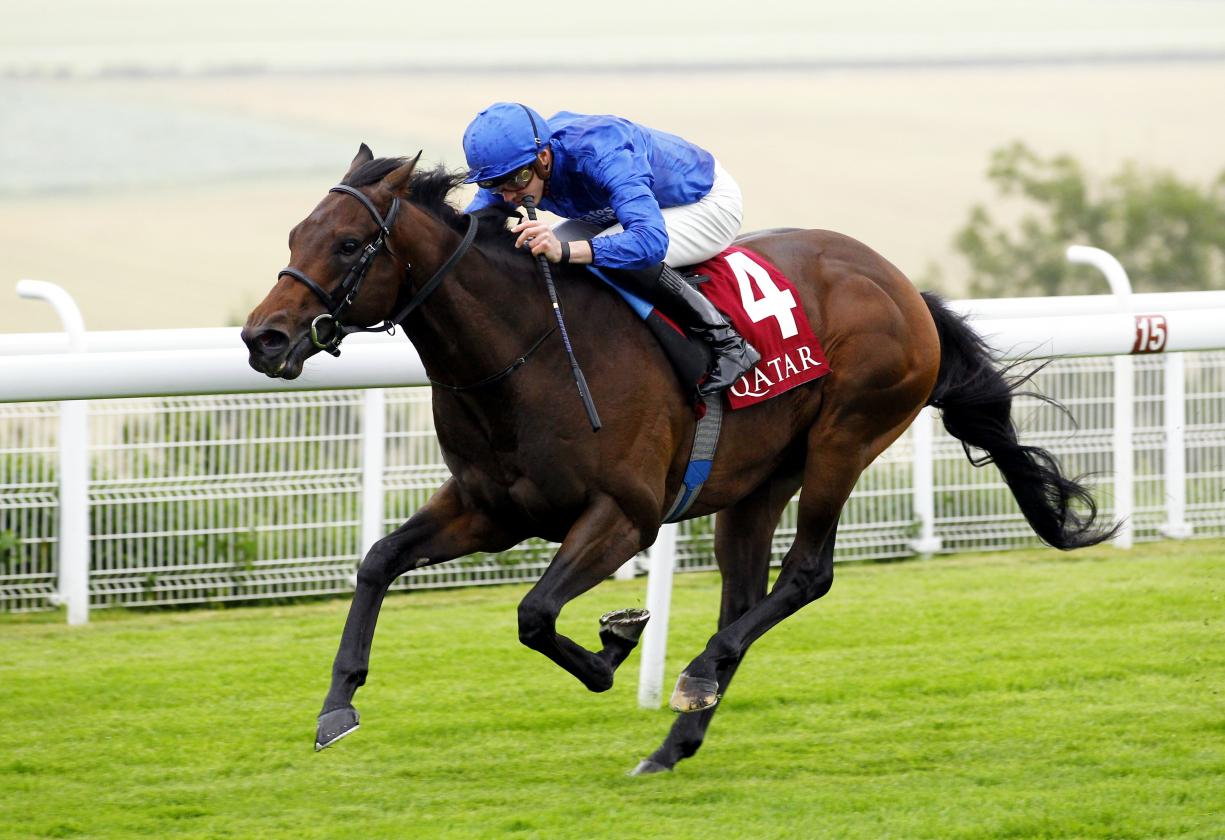 Pinatubo is the colt who set European racing alight in 2019 and was officially assessed as the best two-year-old Europe has seen in a quarter of a century.

The exceptional son of Shamardal was unbeaten in six starts during a stellar two-year-old campaign and has never finished outside the first three throughout his career.

Pinatubo won by over three lengths on his debut back in May, before taking the Woodcote Stakes on Oaks day at Epsom. He then ran out the impressive winner of the Chesham at Royal Ascot (in record time), before trouncing the field by six lengths in the G2 Vintage Stakes at Goodwood.

Next stop, the Curragh and arguably the scene of the greatest performance by any two-year-old in the last 25 years, as Pinatubo simply demolished the field in the G1 National Stakes, putting a full nine lengths between himself and his rivals.

Described by the Racing Post afterwards as ‘a genuine superstar’, Pinatubo was later allotted a Timeform rating of 134 for his exceptional victory – 10lbs clear of the next best winner this century and 11lbs clear of previous winners Dubawi and New Approach.

His juvenile rating was also 8lbs ahead of his own sire, who was of course himself a two-year-old of the highest calibre.

Pinatubo rounded off 2019 with another G1 victory, this time at Newmarket in the Darley Dewhurst. Despite the going being far from ideal, Pinatubo put up another brilliant performance to win by two lengths. He was duly crowned Champion two-year-old at the Cartier Awards that December.

Reappearing in the 2,000 Guineas, Pinatubo finished a creditable third, beaten only just over a length.

He was a close second next time out in the G1 St James’s Palace Stakes, finding only exceptional miler Palace Pier too good.

Pinatubo added a third top-flight win to his record in the Prix Jean Prat in July 2020, coming from off the pace and showing a devastating turn of foot close to home to win more easily than the three-quarter-length margin would suggest.

Pinatubo concluded his racing career in the G1 Prix du Moulin where he finished second, but in the process beat four previous G1 winners by the widest margin they’d experienced in all bar one of their 43 combined starts.